The Ruston RK270 engine - first designed in the early 1980s - was built to replace the Ruston RKC and RK3C diesels engines, that had been hugely popular over the previous 20 years. Despite their popularity, it became apparent that in order to stay competitive in the market they needed to produce more power; thus, the RK270 was born.

The RK270 engines were a great success over the following two decades, selling all around the world for every possible application including being used as main engines for tugs, tankers, trawlers, offshore supply vessels, and more. They have been used for land-based power generation sites acting as base load, emergency stand-by, and peak lopping duties, running on a variety of Diesel, Gas, and Heavy Fuel, as well as being popular with Navies around the world; being used as main engines for patrol and survey ships, corvettes, and landing platform dock vessels

The engine saw most of its success in the fast ferry market, starting with engines being installed in the Incat built Hoverspeed Great Britain which was launched in January 1990. Following this, Ruston enjoyed a successful partnership with Incat and a handful of other fast ferry builders for over a decade. The first Ruston RK270 powered Incat vessel won the famous Hales Trophy for the fastest transatlantic crossing by a commercial passenger ship, on her delivery voyage. The current holder of the trophy is another boat which is powered by four 20RK270 MK2 engines.

European Diesels are proud to say that we are able to offer a full support service for operators of Ruston RK270 engines in Marine, fast ferry, power generation, offshore, and Naval / defence applications.

We have unrivalled stock of new and reconditioned parts, that we hold in our own stores, and also have our own team of ex-Ruston factory-trained engineers, who are available for any overhaul or repair work required, worldwide!

European Diesels offer an unmatched support package for our RK270 engines; supplying engineers for a number of fast ferry operators to assist with their Ruston RK270 engines, as well as offering competitive and responsive parts supply.

So, if you require repairs or maintenance assistance for your Ruston RK270 engine please don’t hesitate to get in touch with European Diesels today.

RUSTON, experience you can trust!! 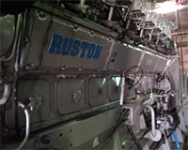 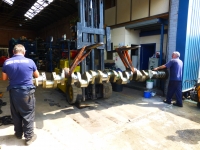 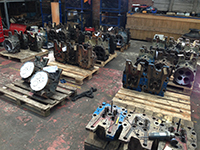 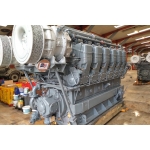 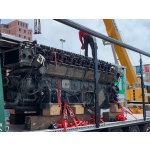 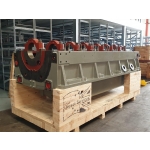